The sovereign state of the People’s Republic of Bangladesh has become a glorious state, because of its heroic war of liberation of 1971 through a successful allout warfare against West Pakistani military junta. . Bangladesh as a democratic nation has been trying to achieve universal education and literacy for both of its male & Female population. As a peace loving nation its praise-worthy work in UN Peace Keeping mission has been recognized by the government of Sierra Leone and recognized Bengali language as one of its state Language since 2002. UNESCO has also established an International Mother Language Institute in 1999 at Dhaka . As a result Bengali language has become impending to the speakers of other languages. Gono Bishwabidyalay is committed to uphold the values of liberation War of 1971 and hence Bengali has been included as compulsory subject for all the departments of GB. Although the Government’s directive to tertiary institutions about the importance of Bengali, most of the other non-governmental institutions could not yet comply the directives. Since its inception is 14th July 1998, the Department of language Communication and Culture/ Bangla has been cultivating Bengali language & literature, English language and literature, classical language i.e Sanskrit and Arabic, Ethics and Equity, computer Science and Bengali Culture. Bengali language is widely used in all the Bengali language-speaking areas, especially in various states of the Republic of India such as West Bengal, Tripura, Meghalaya, Assam, Manipur, Odisha and Jharkhand. We know that Bengali language is the sixth largest Spoken language of the world. Hence, The Department of language Communication & culture has arranged to impart Language courses as well as Bengali music courses for the students. In a word, the department of language communication and culture is carrying forward the conceptual and philosophical base of the establishment of the nation where the Bengali students, small ethic groups and foreign students will have the opportunity to learn Bengali in- depth. The Department is a distinct one, from the other private and public universities in Bangladesh. The department offers several courses: 1. Bengali is a compulsory course for the students of all departments. 2. The department offers core B.A course in Bengali, as well as M.A in Bengali. 3. A short course for the non-native learners of the Bengali Language. 4. A four semester special course of Bengali language and literature for the students of English department. The courses are being modernized by the specialists from time to time. Bengali Language and Literature as Applied course for the students of other Departments: Students of all faculties of GB are obligated to study a course in Bengali Language and Literature as their additional course. The syllabus provides them with an overall idea of the structures and functions of Bengali language and literature on the one hand, and makes them aware of the domain of modern Bengali literature on the other. Also, the course intends to help them to learn the proper use of Standard Bengali language, its pronunciation and Colloquial Standard forms of the language. The Department teaches Bengali to foreign students through different courses. Several students from Nepal, USA, Azerbaijan and Japan had already completed these courses. Bengali Language, Literature & Culture/ Bangla as a four years Honours Course: Since the academic session 2008-2009, the Department has been conducting a specially designed four years’ honours course in Bengali Language, Literature and Culture. The curricula reflects the life style of the ordinary citizens as well as the great men of the subcontinent. Though the courses focus on Bengali language, Linguistics, literature and culture, it also incorporates the history of Bangladesh, geography, philosophy, sociology, political science, world drama, folklore, gender study and life, culture and literature of ethnic minority and of the underprivileged groups of the country. Students are taught Sanskrit, Arabic and English for different semesters. Those who are motivated to do quality research, we shall have special arrangements for them. 13th Batch of students have already passed out from the Department. Teaching and learning are provided through lecture classes, tutorials, seminar presentation, acting, field work, reporting, debating and recitation sessions. Besides being qualified teachers these help the students to work as critics, translators and interpreters anywhere in the world. The Department has specialist teachers for Music and Drama texts. Other facilities in Bengali Honors’ courses: 1. Standard Bengali pronunciation and recitation. 2. Classes on music, drama- performance and presentation strategies. 3. Courses of English, Arabic and Sanskrit. 4. Courses on office management and computer skill (with internet facility). Bengali Language, Literature & Culture as 1 or 2 year Master’s Course): From the academic session 2013-2014, the university has been conducting Masters Programme in Bengali Language, Literature and Culture. In the meanwhile, 09th batches have passed out their examinations and obtained Master’s degrees. 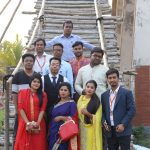 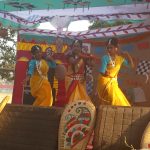